In August 2007, I packed up my stuff and bought a one-way ticket from Oakland, CA to New York. I left behind a sunny apartment in the Lake Merritt area for a much more expensive basement apartment in Bed Stuy. I turned down a raise and promotion at a large, national nonprofit organization for a pay cut at a relatively unknown, yet growing NYC-based organization. I traded in a 10-minute drive (around the lake) and parking space at the office for a 10-minute walk and 30 minute ride on the A train.

It was probably during one of those rides on the A train, during which I was almost always crushed between two strangers and a metal pole, that I first thought to myself: what in the world was I thinking? This wasn’t the first move I had made across the country. But it was the first move I made that may have been a mistake.

I always hated New York. My sister moved to the city as a student in 1990. During the years, I visited her and could never see what she loved about it. Or rather, the things she loved about the city were the exact things I disliked – the crowds, the commotion, and the cement. The grime. I used to say, “I don’t mind visiting. But I would never live in New York.” 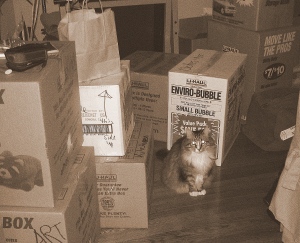 So what was I thinking? I actually did give it a lot of thought. Although Oakland was beautiful and I was living in a pretty comfortable situation, I felt like I was missing a lot. Far away from family and lacking even a remote sign of a romantic prospect, I left Oakland hoping for a remedy for my loneliness. And the timing made sense. I had reached a crossroads with my job and many of my friends were moving away and/or coupling up. I trusted that powerful feeling telling me it was time to leave. Moving to New York would give me an exciting opportunity to grow with an organization that I believed in, live closer to my sister and nephews, and open up what I hoped would be countless chances at love. I decided to take a chance and potentially surprise myself by falling in like with the city I had previously given the cold shoulder.

Two years and four months later, we haven’t so much fallen in like yet. I won’t get into the details now of why NYC and I haven’t made a connection. There are quite a few reasons. But let’s just say it’s like we were set up on a blind date, and now we’re both awkwardly and halfheartedly going through the courses of our meal, anxiously waiting for the opportunity to cut our losses and go our separate ways. Well, they’re about to take away our empty plates. So I need to come up with my exit strategy.

I’m not sure if I’m chasing something that I don’t know exists or running away from something I’ve always feared. Whatever the reason, I have decided to leave. Setting my sights on the fall 2010, I’m planning to ask for the check, go “Dutch” and pay my half, make a courteous exit with a kiss on the cheek, and buy a one-way ticket to the Netherlands.