As an extension of my genealogy research, I’ve been working on a video project, documenting the process of discovery that I’ve been on with my family this year. When my Mom and I traveled South in July, I took a Flip camera along to record various moments of the journey. Between the videos and documents found, I think it ends up being a pretty interesting story to tell. I’m calling the video “Finding Family.”

One aspect of documenting the story of discovering my family’s history that brings to light a frustrating barrier is our lack of family photos. Since I have no living grandparents, and neither of my parents were particularly nostalgic about holding onto old photos when they would have had access to them, we just don’t have many images of our ancestors. And when we started to think about who would have access to photos, as well as any other details about the family, we came up with some cousins who might be the key to what we’ve needed. Only problem is we don’t have relationships with these (or any) cousins – on either side of my family. Good news is this research project has not only introduced me to ancestors and their remarkable stories, it’s also been an excuse to find the living family. Family with photos, perhaps.

Well, the first new family I’ve found in this process actually found me. Using her ancestry.com account, she found that we have an ancestor in common. Our great grandfathers were brothers, meaning we have the same 2nd great grandfather – Calvin Strother. So she sent me a short email through ancestry, asking if I was indeed related to the Strothers, and if I might have more information about the family. I was so excited to hear from her. We quickly got into long email exchanges about our families and what we could piece together about the Strothers. I would happy-cry uncontrollably, looking at photos of my new cousin, her family, and the one photo she had of her great grandfather, James – my great grandfather’s brother. 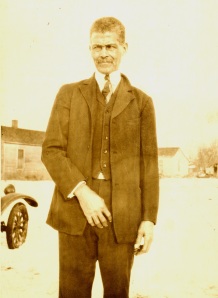 I see an unexpected resemblance between him and my father. 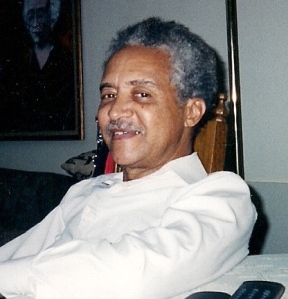 She shared details she knew about our 2nd great grandmother and the date of her death, based on a letter her great grandfather received from one of the other brothers, asking for money to help with their mother’s burial costs. Perhaps my great grandfather received a similar letter.  I shared information I found about Calvin’s involvement in a controversial 1876 election in South Carolina. He and his brother were among the first black voters to begin voting democratic and faced tons of harassment as a result. Transcripts of their depositions in the trial that followed are fascinating. So anyway, my new cousin and I were so happy to have found each other. I’m looking forward to meeting her at some point. 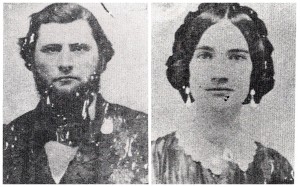 More recently, as I’ve been wrapping up the video project, I’ve gotten more and more frustrated by the complete lack of photos of my mother’s father. In spite of the fact that I knew him well and I was in college when he died, I don’t have access to one photo of him. So my mom and I decided she would reach out to a long lost cousin – her first cousin.

After my mom’s parents were divorced and she moved from Jacksonville to Philadelphia with her mother, she lost touch with much of her father’s family. But since her father and his father were brothers, and she knew him until she was about 9, we figured it wouldn’t hurt to write him a sincere, handwritten note (note to self: if you don’t want someone to write sincere, unsolicited, handwritten notes to you in the future, make sure you can’t be found on google). 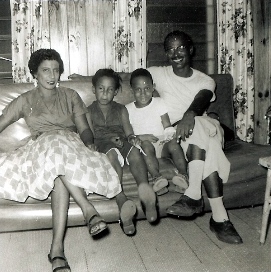 Long Family - sometime in the mid to late '50s.

I think most people associate genealogy research only with making connections to the past – at least I used to. But I’m learning that it also creates opportunities to find family and connect in the present, making up for lost time…and lost photos.