I arrived in Amsterdam early Sunday morning, before the sun rose. And after anticipating and talking about this arrival for so long, it felt surreal.

But first let me back up a bit. 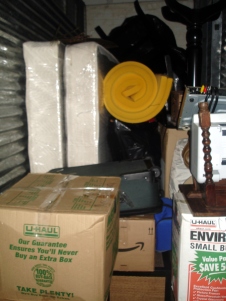 Following my last day of work, I went into a more aggressive packing plan. Distinguishing between the stuff I would keep/take, keep/store, purge/donate, and purge/trash proved to be an incredible challenge. Every single item was suddenly important to me, even if I hadn’t seen much of these things in over three years. In the end, about 50 percent went to storage, 35 percent went in the trash or was given away, and 15 percent has come with me in three gigantic suitcases. All of these preparations were just barely in time for Friday, which was moving day. And just like every other moving day before it, it was long, painful, and exhausting. And yet again, I vowed never to do it again alone. Only this time I didn’t take the vow too seriously.

With everything packed away in an appropriate place, my cat and I drove to Jersey to stay with my sister for the night. I was so tired I was in a fog. Only a vague sense of excitement still lingered. I mostly just wanted to put my head on a pillow. So although this was my last night with my family and my last night in the country, I barely said goodnight before heading to bed. My cat, Zora, equally traumatized from the day’s events, passed out right alongside me.

And then came Saturday. The big day. Around the time when I was to head to the airport, Zora was nowhere to be found in my sister’s house. My nephews and I searched every room and crevice in a panic. About 15 minutes after I planned to leave, I felt a furry patch deep in the back of a dark closet. This fool had every intention of missing the flight. But I pulled her furry ass out of the closet, tossed her in her bag, and we were on our way.

The airport was smooth. After paying an unacceptable amount of money for extra luggage and Zora’s ticket, next thing I knew we were on the plane, making ourselves comfortable on the three seats we had to ourselves. Well, I had the seats. Zora was under the seat, poor thing (I’ll have to tell her story in a separate post – it’s that deep). I drank, I ate unexpectedly scrumptious veggie food, I watched the Social Network and Going the Distance, I joked with the flight attendant. It was a delightful flight. So delightful that I only got about 30 minutes of sleep. 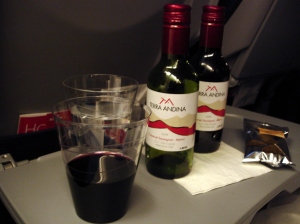 Arriving in Amsterdam around 7am, I was just about as exhausted as I was the night before – except this time I was working off a couple of those plane bottles of wine (oops). Immigration was easy, with barely a minute before the guy stamped my passport and sent me on my way. I met my mom and her husband in the baggage claim area. Shortly after that, we were on a shuttle, heading into the city of Amsterdam…my new home.

After more than a year of planning, overthinking, self-doubt, and anticipation, the moment has arrived. And unlike many prior anticlimatic moments of realized goals, this one was worth every minute of the past year. Every single minute.

I’ve been in Amsterdam for less than 48 hours. And much of it has been spent sleeping off the pain of the last couple of days. But so far it all seems to fit perfectly. The first day was sunny and relatively warm (somewhere in the 40s), the streets have been clean and quiet, the canals have been a welcome change of scenery, and the people have been incredibly kind.

I remind myself not to think of it as a utopia. Reality is sure to hit me one of these days. But what the hell? I can enjoy the fact that I made the right decision for awhile, right?

With that, I’ll leave you with the first Dutch word I spoke to a real live Dutch person…goedenavond!