Zora died on Saturday night. In spite of what looked like a speedy and impressive recovery from a brief and bitter battle with cancer, a sudden turn had the final say.

After staying with my friend for about three weeks, we were finally able to return to my apartment last week when the subletters moved out.  I was sure this would be exactly what Zora needed to complete her recovery.  Once she could sleep in her favorite spots and return to her routine, all normalcy and happiness would be restored.

But even though we were at home, she stopped eating her prescription food. Then she wouldn’t eat her favorite (pricier) food, even refusing her treats – which normally would be the only thing to get her to break into a jog.  So on Friday, her doctor ran some tests to reveal that her kidneys were the issue – or was it the strange thing they felt in her tummy? – or was it just an infection?  They wouldn’t be sure until Monday when her test results would be returned.  In the meantime, Zora and I were sent home with a bunch of needles and medicines that I would administer over the weekend.

But within a couple of hours of returning home, Zora was different.  She no longer seemed sick.  I could tell she was dying.

Her eyes became a bit glazed.  Alertly disoriented.  Barely blinking, she didn’t sleep for the entire night.  She stared into what seemed like another dimension.  And although she was still aware of me, she also seemed to become aware of something – someone else. She would look up, somewhat startled, as if looking at someone who entered the room.  I wondered if (or hoped) it could be my father – coming to greet her, take care of her for me.

Awake through the night, I was strangely calm.  I understood our time was ending.  I understood that the battle was lost.  I just wanted to treasure every remaining minute.

They prolonged it with some more tests, poking her belly, taking blood and x-rays, and giving me some small percentage of hope that she could come back from where she was going.  But finally they told me what I already knew.

I held her in my arms.  Although she was still disoriented, she looked up at me with recognition.  She was tired. Very calm.

The doctor explained that she would receive two shots – a sedative, then the euthanasia.  As the sedative was given, she curled up to me, turning her face into my chest.  And she was gone before even the first shot was finished.  Perhaps she was relieved.  Warm and far too still in my arms, finally she was resting.

I was broken.  I am broken.

Now the burden of recovery is mine to bear.  Just as she was doing her best to adjust to losing a leg, figuring out how to navigate without being whole, I’m suddenly doing the same.  Eventually my tears will dry.   But right now my heart just aches.

Zora and I were together for almost six years (my longest relationship to date).  She made some major moves with me, remaining patient through (almost) every life change.  Jobs, friendships, and scenery have been different at every turn.  And I’ll admit that sometimes I haven’t felt at all stable – financially…well, yeah, or emotionally.  But Zora was my stability – my consistency.  In spite of our nomadic lifestyle, Zora and I had a feeling of home wherever we went together.  And when I traveled alone, including the recent sojourn to Suriname, Zora still represented home.

Some people may think these types of love and family relationships should be reserved for humans.  But no.  The love of an animal can be given and received quite deeply. And the pain of that love lost is just as deep.

Reaching the end of her journey, Zora decided I would be strong enough to handle the next steps of my journey on my own.  I’m not so sure I agree.  But I have no choice. 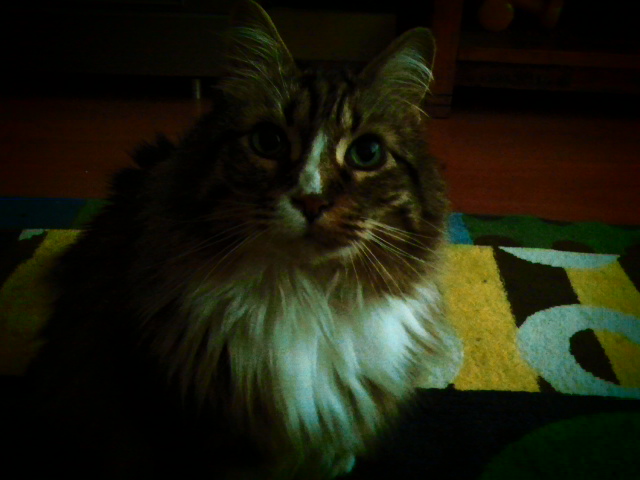