I’ve been living in The Hague (Den Haag) for more than 5 months now (whoa, what?!). It’s been enough time for me to experience a pleasant evolution of sentiment about my circumstances and surroundings. What started as a disappointed exodus from Amsterdam has turned into a delighted embrace of Agga (what the cool kids are calling it, apparently).

I first moved here out of necessity. A lack of affordable (and also bearable) options in Amsterdam led me to look outside of the city. And it didn’t take me long to find a cute little place in The Hague that was in a modest price range.

My newly adopted city was a mere 45 minutes by train from Amsterdam, which I convinced myself was nothing compared to my former daily commute by subway from East Flatbush, Brooklyn to lower Manhattan. I could get back and forth to Amsterdam with ease, even daily if I wanted.  And I thought I might want to. I had friends, favorite restaurants, libraries, coffee shops, and seemingly places to be in Amsterdam. In order to tolerate life in this new city, I would surely have to make frequent trips back to the only city that mattered.

And sure enough, after I made the move, I was making those frequent trips back to Amsterdam. I paid for a monthly train subscription that allowed for unlimited weekend rides, as the roundtrips were adding up at €11+ each. And to the best of my ability, I tried to keep in time with Amsterdam. I wouldn’t be one of those people who moved to The Hague, never to be seen or heard from again.

My (weekend) commuter lifestyle had a few drawbacks, including common looks of pity and constantly explaining myself. Because, you see, just as I thought life in the Netherlands began and ended in Amsterdam – so does everyone else in Amsterdam. Typical conversations went like this:

“Hey, how are things in The Hague? Are you doing okay?” *sad face and comforting nod*

“Oh, you moved to The Hague? Why?”  *confused face and head tilt of judgment*

As if I had moved to a remote location that had not yet discovered the internet, no one could understand why a thinking human would choose The Hague over Amsterdam. And for the first couple of months, I followed along with their confusion, offering quick explanations to ease their understandable concerns: “I’m okay! It’s more affordable and closer to the Archives. So it makes sense for me.” And perhaps even more pitiful: “I’m okay! It’s not that far from Amsterdam.”

But as time went by, I started skipping some weekends in Amsterdam. And I started paying attention to the neighborhoods I passed through as I got lost on my way to wherever. And wait, what’s this? The Hague is super cute! And wait, who’s that? The Hague has Black people, too?! Veggie-friendly restaurants (a vegan restaurant on my corner), multiple libraries with free wifi, lovely parks, coffee shops, friendly neighbors with happy dogs. Even my neighborhood bike repair guy is from Ghana, yay (he fixed my tire for free). Turns out this underrated city has a lot to offer – much of it within walking distance.

And then I finally went to the beach. A legitimate beach, just ten-minutes from home by bike. It’s a wrap – you have my heart! 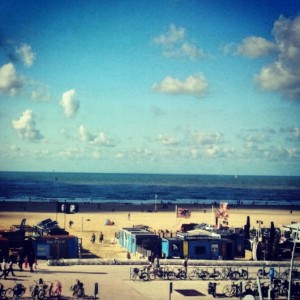 So it wasn’t overnight. But gradually I’ve fallen in love with my new city. No more unwarranted self-pity. And no more explanations. Now, when I see that sad face taking shape on my friends’ faces as they ask about life outside of Amsterdam, I meet it with a smile: “It’s great! I might even stay in The Hague long-term.”

Take that, Amsterdam. (I still love you too, btw. Smooches.) 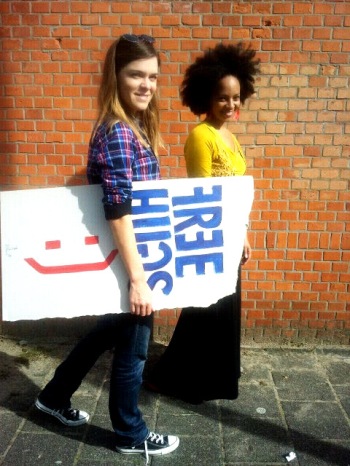 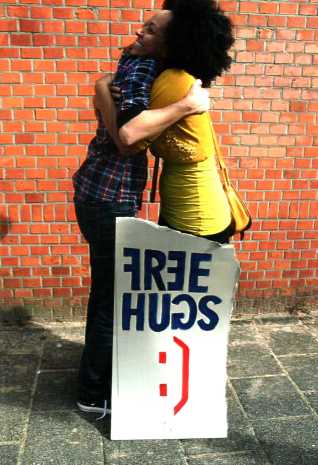 3 thoughts on “Happy in The Hague”