Always the loudest man in the room, the widest smile, the best stories, the worst jokes, the biggest heart, and the most full of life. I just can’t stop thinking about Otto. Impossible to wrap my head around his hasty exit. 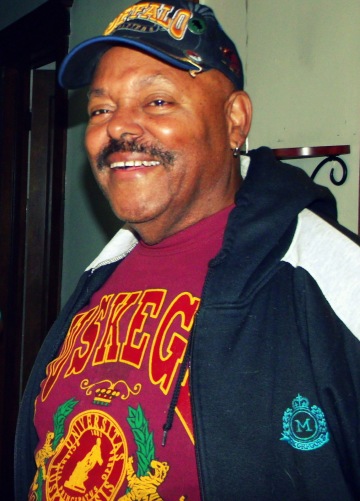 My Mom fell in love with this guy from Chicago back in 2000-something. And even the most objective observer could see that with him, she was genuinely happy. Like that annoying kind of happy – always laughing, dancing, doing sweet things for each other, and traveling to various Caribbean islands. You know it: annoying. 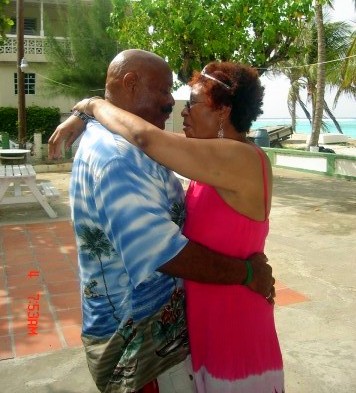 We all celebrated their marriage in Barbados in 2006, which was a year after they actually got married on their own.

Although we always lived in different cities, I got to hang out with them every once in awhile – never often enough. They came to visit me when I lived in Oakland. I showed them some of the highlights, including a short road trip to Napa Valley. 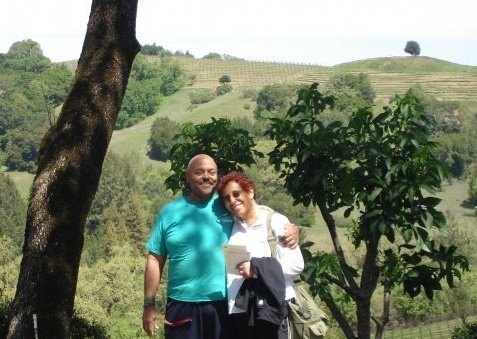 Otto and I argued though. Really, we argued. Letting our stubborn political views become topics of conversation, we took some wrong turns in the early part of our relationship. But once we (I) learned which topics stole joy, things got much easier. Otto and I became friends.

And even more important: Mom and Otto were super happy. 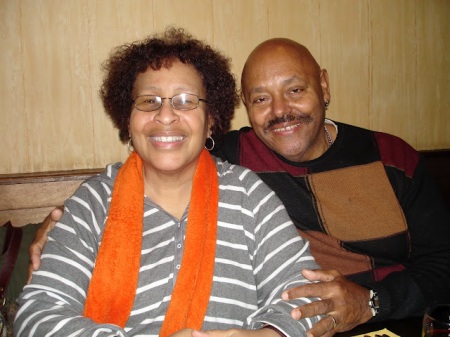 They hung out with me during those first few days, for which I’ll be forever grateful. And since Otto made friends with pretty much everyone – wherever he went, I got to listen in on some great conversations with (Black) Dutch strangers (admittedly not my Mom’s favorite Otto trait). Not surprisingly, he even somehow got a tour guide to hand over control of a canal boat for quite a distance during one of those tours. The other passengers were like, “whaaa?” Hilarious.

I’ve also spent some time with them in Chicago. One of my favorite things to see was Otto’s concern for my Mom. Did she have everything she needed? Was she comfortable? Was she happy? He really cared. And he would do anything in his power to ensure the answer to every question was yes.

And the dogs. He loved these dogs. 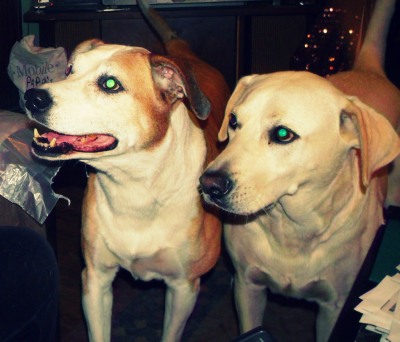 Otto met Bam when he and my Mom were still dating. An intimidating dog who, at the time, wasn’t so keen on strangers, Bam may have taken a second to warm up to Otto. But once he did, they may as well have been related by blood. Indeed, Otto was part of the family.

Bam died just a few months ago, which was a huge loss for all of us. Several days later, I spoke to Otto on the phone. Our brief chat about Bam led to a tearful silence. He missed Bam. And he worried about my Mom and Nicky (Bam’s younger adopted brother) missing him too. “But he gets to be with Amber (Bam’s older adopted sister) now. So I know that makes him happy,” he accepted. Otto’s heart was so big.

I just visited Chicago in January. And fortunately, I had the chance to spend some quality time with Mom and Otto. Nothing was out of the ordinary or noteworthy, except for the cold weather and the flu. Otto complained that he couldn’t shake that damn flu. And before I knew it, we were taking him to the hospital to find out it was actually cancer. That was barely a month ago.

Otto lived and left on his own terms. As his friends and family, we should have expected nothing less. He died February 28, 2015, leaving behind a bunch of disappointed people who didn’t realize our time would be so short. He also left behind plenty of colorful memories and a life really well-lived.

I’ll miss Otto. And while I’m pretty sure I didn’t hear everything he had to say, I’m so thankful I tuned in for most of the incredible stories he told. I’m thankful for having known him. And I’m even more thankful for what he meant to my Mom. What a lucky lady. 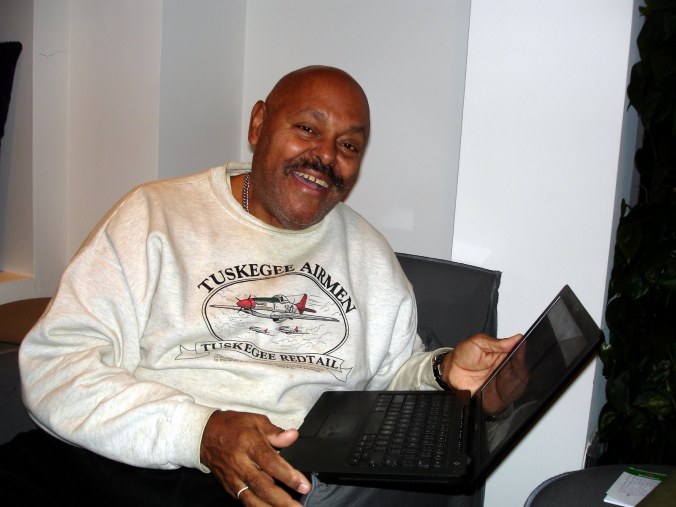 17 thoughts on “In loving memory of Otto”

#blackouttuesday #blackdiasporamatters #blackpowermatters #blackjusticematters #blackvoicesmatter #blackancestorsmatter #blackangermatters #blackhealthmatters #blackchildrenmatter #blackprotestsmatter #blackeducationmatters #blackpleasurematters #hashtagsdontmatterwhenwedontgetjustice
#Repost @ancestorsunknown • • • • • • It sucks that we still live in a world in which we can't guarantee our young people freedom, justice or peace. It's scary. It's angering. It's frustrating. It's all of the emotions that hurt. But when I was scrolling through some old photos, this reminder cheered me up. Back in 2018, I visited this bright group of students at the Sunshine Gospel Ministries in Chicago for a brief series of after school programs, introducing them to family history research. This young man (2nd photo) made my entire day when he stayed later than everyone else. He called his mom (or grandmom?) to ask questions about their family tree. He was determined to learn more about his history...his people. I know he makes his ancestors proud. And that, my friends, is why I do what I do. 🖤🖤🖤🖤