In March 1920, my grandmother lived with her parents and siblings in Jacksonville, FL. They shared a home with the parents and younger brother of A. Philip Randolph. She was attending Boylan-Haven School for Girls, a private school for Black girls that Zora Neale Hurston attended about 20 years earlier (and coincidentally my Mom would attend years later). She had just turned 12. Her mother had just died.

Her mother’s death was most likely a significant factor, but not the only reason for her father’s difficult decision to migrate north – just a few years before his own death in 1926. My grandmother and her family left behind the remarkable life they established in Jacksonville and moved to Philadelphia, PA. 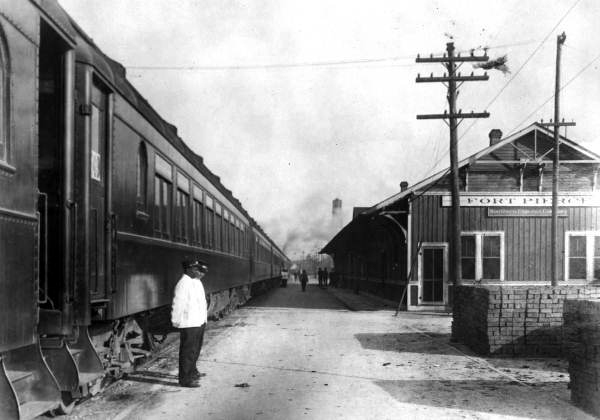 Years later, my father was born in Philadelphia. I was born in Philadelphia. And none of us ever knew much about my grandmother’s life in Jacksonville. What was her mother like? What was the relationship between her mother and father like? What were her friends like? Why in the world did she live with A. Philip Randolph’s family? So many untold and forgotten stories.

Grandmom (second from right) and her sisters

My grandmother’s story is only an example. Migrations end up being a common cause of disconnected family ties and disrupted family narratives. In my research of other family histories, I often come across family migrations that tie almost directly to when the family communication broke down. It’s as if people move and don’t want to look back.

Makes me think. So many of us are migrating nowadays. And not unlike our ancestors who migrated in all directions and distances, we have no intentions of returning to our former homes. Are we also making the same mistake of leaving behind histories to be forgotten? Are we doing enough to know and remember where we’ve come from?

I want to help document and share more of our histories. So I’m looking for expats and other nomad-minded types who have picked up their roots at some point. Let me research your family’s history. And let’s change this pattern of memory loss.

Need more incentive to join this quirky expat research mission? We can talk about a discount. And you’ll be on the cutting edge of the expat genealogy craze (not a thing).

6 thoughts on “A nomad with roots: calling all expats to research the past”

#Repost @ancestorsunknown • • • • • • It sucks that we still live in a world in which we can't guarantee our young people freedom, justice or peace. It's scary. It's angering. It's frustrating. It's all of the emotions that hurt. But when I was scrolling through some old photos, this reminder cheered me up. Back in 2018, I visited this bright group of students at the Sunshine Gospel Ministries in Chicago for a brief series of after school programs, introducing them to family history research. This young man (2nd photo) made my entire day when he stayed later than everyone else. He called his mom (or grandmom?) to ask questions about their family tree. He was determined to learn more about his history...his people. I know he makes his ancestors proud. And that, my friends, is why I do what I do. 🖤🖤🖤🖤
Hi, outside!