Born in Philadelphia, PA in 1979. Since then, I have studied, laughed, traveled, loved, challenged, danced, complained, won, lost, cried, and celebrated.

Fortunately, I don’t subscribe to the belief that one must have everything settled in life by age 30.  I’m not saying it wouldn’t be nice.  But it’s not necessary.  And what does being settled even mean?  I’m pretty sure there’s no right answer, and no required timeline.  So I’m taking my time.  The day by day approach doesn’t stop me from hoping I’ll wake up one day and it will all make sense, and suddenly be easy, with all of the puzzle pieces falling into place to create a dreamy life.  But since that’s very unlikely, I’m doing my best just to appreciate the joys, learn from the blunders, and disregard the expectations of others.   What ends up happening is a lot of moving as I try to figure it out – long distance moves, local moves, job moves, doctor moves, mood swings (but that’s something else).

After college, I spent the summer in Ghana, before moving back to Philadelphia for law school.  I ended up staying in Philadelphia for four years (not before spending another summer in Ghana).  Although it was my hometown, I never really felt rooted and made little effort to establish myself in Philadelphia.  I knew the long term plan involved living somewhere else.  So I moved to Oakland, where I stayed for three years.  While living in Oakland, I lived in four places, ranging from a one-month sublet to two years in a cute little apartment with a red door.  Oakland was great.  I could potentially see myself living there down the line after I figure out the rest of it.  But there was definitely more to figure out before I could be ready to call a place home – and really mean it.  After Oakland, I headed to Brooklyn, where I have been since 2007.   I’ve been fortunate to have gained a lot from my time in Brooklyn.  But I couldn’t make it home.  It never spoke to me in such a welcoming tone.

So now here I am, embarking on the next journey.  I continue to hope the next step will be the best one yet, perhaps revealing itself as the long-term plan.  Until then, I won’t settle for anything less than what feels right…at the time.

It’s been nearly 5 years since I wrote what’s above. Maybe 4 years since I’ve read it. I still stand by everything. Only a few circumstances have changed.

I’m now in my 30s. And I had forgotten that I once cared so much about accomplishing whatever by whenever. After missing so many of those deadlines, apparently my proclaimed rejection of society’s expectations eventually became a real thing.

After some ups and downs, I accomplished the original goal of this here blog in January 2011, when I moved to Amsterdam. Since then, I earned a Master’s in Sociology from the University of Amsterdam and launched a nonprofit organization, Ancestors unKnown.

And then plenty of things haven’t changed. For example, some travel in Europe, a 10-month stay in Suriname, a few visits to the U.S., and a move to the Hague later, I’m still all about that black girl gone lifestyle.

You’re still with me, right? 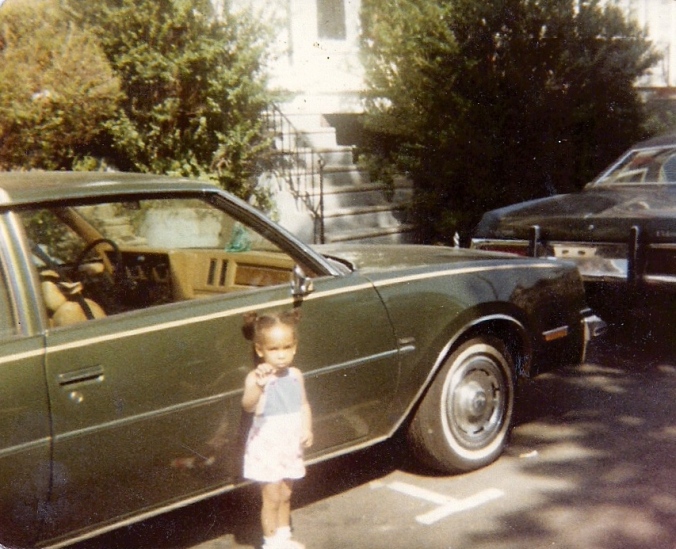 14 thoughts on “About the Girl”